by Pinchas Cohen
in Business News
Reading Time: 6 mins read
A A

Julia Hoggett can remember exactly where she was when the market capitalisation of Apple surpassed that of the FTSE 100.

She had spent the night writing a list of everything that needed fixing in the UK’s capital markets — criticisms that seemed to be perfectly captured by the dominance of the US tech group.

The next afternoon she received a phone call from a headhunter, who asked why she had not applied for the vacant job of chief executive of the London Stock Exchange.

In her previous role as director of market oversight at the Financial Conduct Authority, Hoggett had been frustrated about not being able to push through improvements — but taking the top job at the exchange in April 2021 gave her the chance to start working on that list.

Alongside the UK government and regulators, she wants to help safeguard London’s position as a capital in equity raising after knocks from the coronavirus pandemic, the UK leaving the EU, the war in Ukraine and the tech sector implosion.

The Apple milestone was followed by other depressing statistics. Last year marked the smallest amount of money raised by IPOs in London for at least six years, dropping from £14.3bn in 2021 to just £1bn.

London then suffered the added indignity of Paris overtaking it as Europe’s biggest exchange by combined market capitalisation.

“We don’t have that now. We have to be young, scrappy and hungry about how we go about fighting to grow.”

Hoggett was concerned that some in the City had become complacent, and reluctant to take a hard look at whether London market rules had become out of date as more investor capital flowed to the US and Asia.

“There seemed to be debate about whether there was even a need for change,” she said. “We’ve got to have a market that attracts as many companies as possible from the UK and overseas.”

Hoggett is seen by many executives in the City as a welcome force for change. She is one of the most high profile LGBT+ financial services bosses and an advocate for women and minorities in the workplace, with some marking a similar dedication as her mother, the former Supreme Court president Lady Brenda Hale.

By the time Hoggett took over at the LSE, the government had already commissioned a review of the UK capital markets by Lord Jonathan Hill, which led to relaxations of rules in areas such as dual-class shares and free float limits.

But she saw the need for the City itself to step in for the next stage of reform, predicated on the idea that the UK needed to be better at “backing people to have good ideas and make them happen”.

“Sometimes founders say that the cost of going public is not worth what I get,” she admitted.

Hoggett chairs a government-backed group seeking to improve the working of the UK’s capital markets, and is pushing for reforms in a number of areas to boost British companies and provide better access to investments for savers and pensioners.

She is hopeful of meaningful change this year, although it would be up to the FCA to implement many of the necessary regulatory changes.

Working with the task force, Hoggett identified four broad “ecosystem issues” in the UK’s markets. The first was a shortfall in “risk capital” — active investors willing to take bets on high-growth sectors and companies.

In part, she said, this reflected the growth of “passive” investment but also the conservative nature of some UK institutional investors that buy equities for regular dividend income rather than potential company growth.

In 1990, she noted, 32 per cent of pensions in the UK were invested in UK equities. By 2018, this had fallen to 2 per cent. She contrasted this with Australian and Canadian superannuation funds that frequently invest in UK assets.

The task force is working on this area alongside plans by the government to overhaul Solvency II rules to make it easier for UK pension funds to invest in alternative assets.

The second problem for Hoggett was the steady decline in company research over the past few years, partly owing to the unbundling of transactions from research under Mifid 2 rules. Here again the LSE is working with regulators to change these rules this year to boost company research.

“Are we serving the investors properly with the information they need to make judgments, particularly about the next generation of technologies?” she said.

The potential for the UK corporate governance code to hold back company growth is another worry. “Is it actually still fit for what the next generation of companies need? What is the role of proxy agencies?” said Hoggett.

She is also concerned whether the UK can support start-ups to grow to become the national champions of the future, pointing to data that the majority of funding for them comes from overseas.

“The consequence is that the board membership goes with the ownership [and] the decision as to where companies locate their headquarters, when they’re deciding on the next generation of that growth.”

As part of the solution to this, the LSE is in talks with the government and the FCA over how to create a regulated market to allow private companies to trade shares more easily.

Hoggett said the UK should “remove the cliff edge effects between the public and the private markets” by having a marketplace where start-ups can trade shares, allow staff to sell their share options and “enable institutional investors to start following these companies at an earlier stage”.

This was often when a lot of the value in a fast-growing business was created, she said, and would mean companies would not be forced to go public before they were ready.

Hoggett wants further reforms to make the public market as attractive to new companies as possible. She said the impending decision by the FCA to have either one segment or two in the LSE “will be a make-or break- moment”. She is pushing strongly to collapse the market into a single regime rather than keep the standard and premium distinctions. 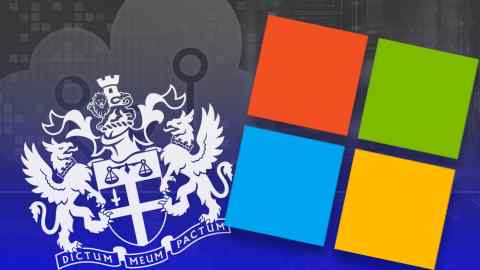 “One of the challenges, fundamentally, is the UK system was very well set up for large established kinds of asset-owning companies that throw off cash. And it wasn’t as well structured for fast-growing IP-based companies. And yet, if you look at where most of the growth and economic dynamism is, nowadays, it’s in the latter.”

She pointed to the need to reform the prospectus regime to make it quicker and cheaper but admitted: “These are big shifts. We’ve done things this way for a long time.”

Where are the Reliable Returns? Secrets to Achieving Better Investment Performance

Why I’m Waiting for a Fed Pivot

Brazil and Argentina to begin preparations for common currency