by Pinchas Cohen
in Business News
Reading Time: 3 mins read
A A

UK mortgage payments have risen to their highest level since the 2008 financial crisis, hitting homeowners’ budgets and making it harder for Britons to buy a first property, according to the mortgage provider Nationwide.

First-time buyer mortgage payments represented 39 per cent of take-home pay in the final quarter of 2022, up from 33 per cent in the previous three months — and the highest since 2008 — data published on Friday showed.

“After 13 years of ultra-low borrowing costs, monthly outgoings will rise by hundreds of pounds at a time when cost-of-living pressures are already biting,” said Tom Bill, head of UK residential research at Knight Frank.

Andrew Harvey, senior economist at Nationwide, said the decline in housing affordability over the past year was mainly because of “the rise in the cost of servicing the typical mortgage as a result of the increase in mortgage rates”.

Mortgage rates have been rising for the past year as the Bank of England raised interest rates to counteract high inflation. Rates then surged after Kwasi Kwarteng’s mini-Budget on September 23, which featured large unfunded tax cuts. They fell back after Jeremy Hunt became chancellor but remain elevated.

UK house prices have risen by 19 per cent since the start of the pandemic, while income has gone up 9 per cent, according to Nationwide. As a result, the house price-to-earning ratio for first-time buyers was 5.6 per cent in the fourth quarter of 2022, just shy of the 40-year high of 5.9 per cent in the previous three months.

Harvey expects affordability “to remain challenging” in the short term as many Britons struggle to save for a deposit. The cost of living is set to outpace earnings growth by a significant margin again this year, while labour market conditions are expected to weaken.

A recent rise in rents, boosted by increased demand from people who cannot afford to buy, is set to act as a further drag on prospective homeowners, according to Nationwide. 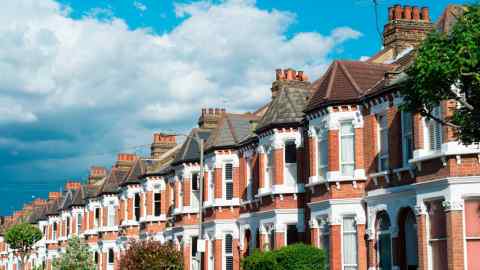 The cost of servicing a typical mortgage is now above the long-term average in all regions, but most acute in London and the south of England, where it represents 66 and 47 per cent of pay, respectively, according to the report.

Nationwide calculated it would take more than 15 years for a typical earner in London to save for a 20 per cent deposit — more than double the period in Scotland and the north of England.

Earlier this week, the Financial Conduct Authority, the financial regulator, said more than three-quarters of a million UK households were at risk of defaulting on mortgage payments over the next two years.

Cryptocurrency is headed toward surviving its first age By Cointelegraph

Cryptocurrency is headed toward surviving its first age By Cointelegraph

Macron and Scholz meet in bid to improve strained relations

Europe and China in 2023: an agreement to disagree?

Dollar edges down as U.S. unveils COVID tests for travelers from China By Investing.com

Can you predict the year ahead better than superforecasters?